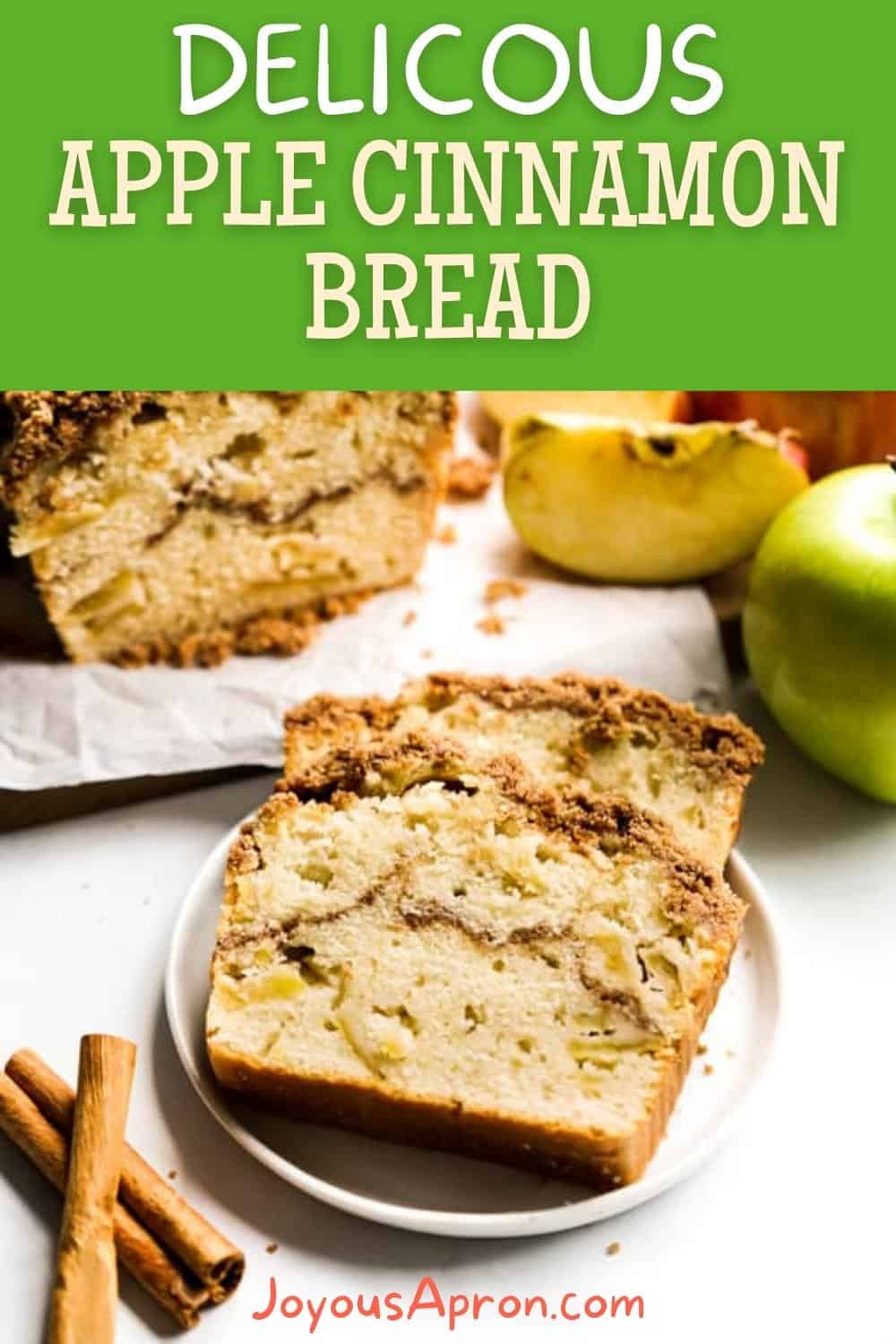 My Fall days will not be complete without this delicious loaf of Apple Cinnamon Bread. This vanilla-infused moist apple loaf has a cake texture and is filled with juicy apple pieces, a cinnamon brown sugar swirl, and topped with lots of cinnamon crumbles.

I worked real hard on this Apple Cinnamon Bread.

I made it almost a dozen times to get it to the right consistency and taste, make sure it’s simplified enough to put together, but yet tasty enough to blow your socks off.

My sweet husband ate every single loaf like a champ.

I have been dreaming of a delish Apple Cinnamon Bread recipe and I’m proud to say, I did it. This is a keeper.

Why you need this Apple Cinnamon Bread

I’m starting to feel that Fall loveliness in the air, my friends, and I’m excited to start making all my favorite Fall foods, from my Easy Apple Crisp to Brown Sugar Pecan Roasted Sweet Potatoes to Beef Stew. Or my friend Tania’s Apple Cinnamon Pancakes. YUM.

Adding to the list of Fall favorites is of course this lovely Apple Cinnamon Bread.

And here’s what I like about it (P/S: this is no ordinary Apple Cinnamon Bread):

There are really two main parts in this Cinnamon Apple Bread recipe:

I find that when I break down the parts, the process gets less intimidating.

I find that if the slices are too large or too thick, it will not soften completely when baked, so make sure to slice them thinly.

Mix together these ingredients to form the Apple Cinnamon Bread mixture:

There’s nothing quite like a solid crumble topping on top of this Apple Cinnamon Bread.

Trust me, it takes it to a whole new level of good.

Here are the ingredients you need to make the crumble for this apple bread:

Start by bringing cubed butter to a bowl, then add the rest of the crumble ingredients.

Alternatively, you can also combine by pulsing everything in a food processor until small butter pieces are formed.

Next we will bring half of the apple bread mixture to a bread pan that is lined with parchment paper or greased for easy removal. Parchment paper is the safest way to go. It is hard to remove bread from most bread pan even with greasing.

Then top it with half of the brown sugar cinnamon crumble mixture.

By doing this we will create a brown sugar cinnamon layer in the middle of each slice of Apple Cinnamon Bread!

Send the Apple Cinnamon Bread into the oven to bake for 1 hour 10 minutes at 350, and get ready to have your kitchen smell like apples and cinnamon and Fall.

It is quite glorious.

When apple bread is done, insert a toothpick into the center of the loaf to make sure toothpick comes out clean.

If it doesn’t, bake apple cinnamon loaf for an increment of 3 minutes until toothpick comes out clean.

Because every oven is different, bake time will differ slightly, that is why the toothpick test is important!

When the Apple Cinnamon Loaf is done baking, let it sit for 10 minutes before lifting it out of the pan, and let it cool for another 30 minutes or so before cutting into it.

Type of apples to use

Any apples would work! Fuji, Granny Smith, Golden Delicious, Jonagold, Honey Crisp etc. I know they say to use Granny Smith for baking but I’ve done this with many different apples and they all work great.

In fact, I tend to like sweeter apples in my Apple Cinnamon Bread to give it more flavor.

We are not quite done yet! Here are a few other tips and tricks that will help you make this Cinnamon Apple Bread recipe a success!

Make this delicious Apple Cinnamon Bread for yourself and welcome Fall with an open arms. 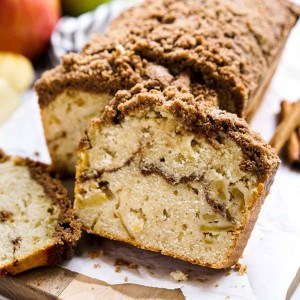 Note 1: Parchment paper is the best way to go to ensure easy removal. 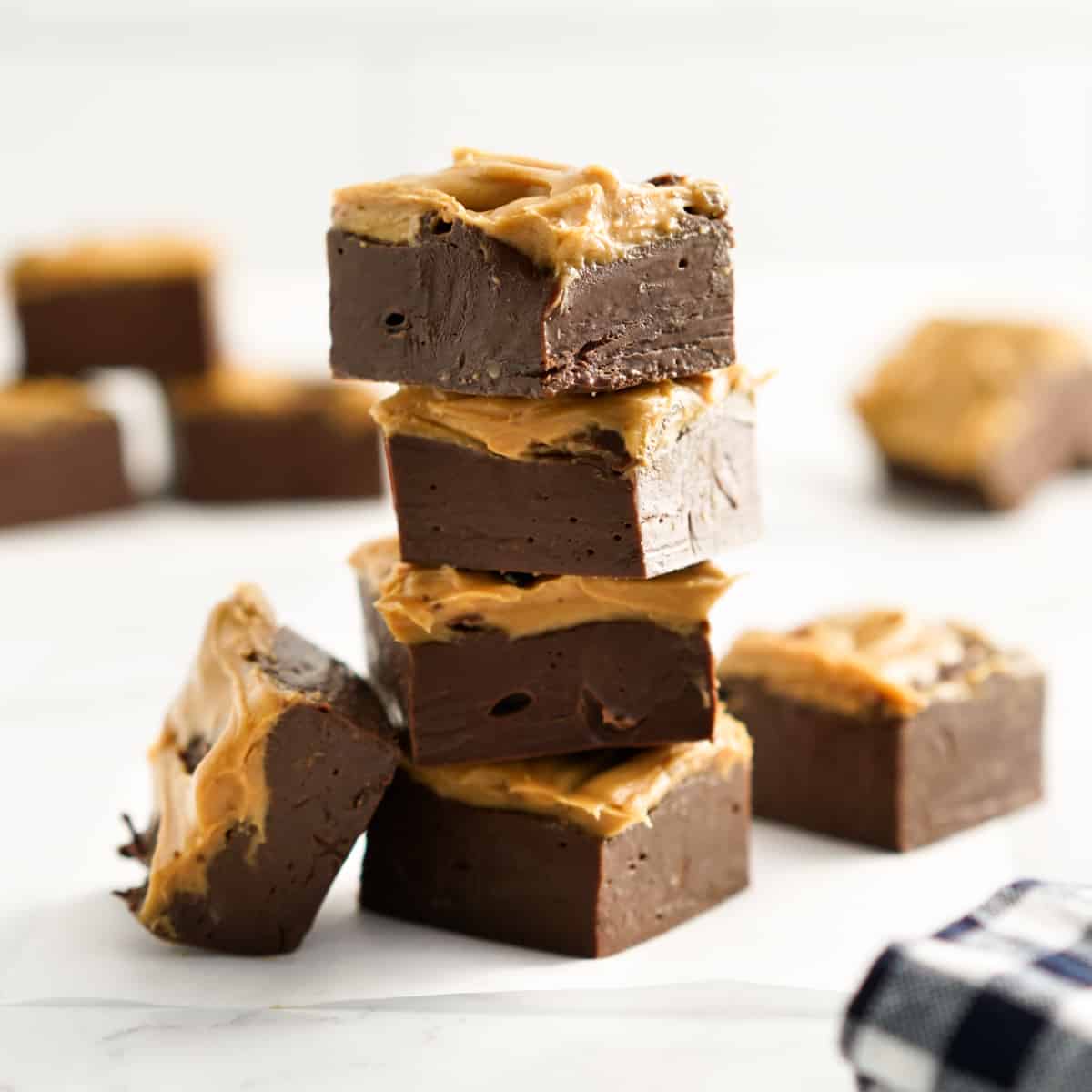 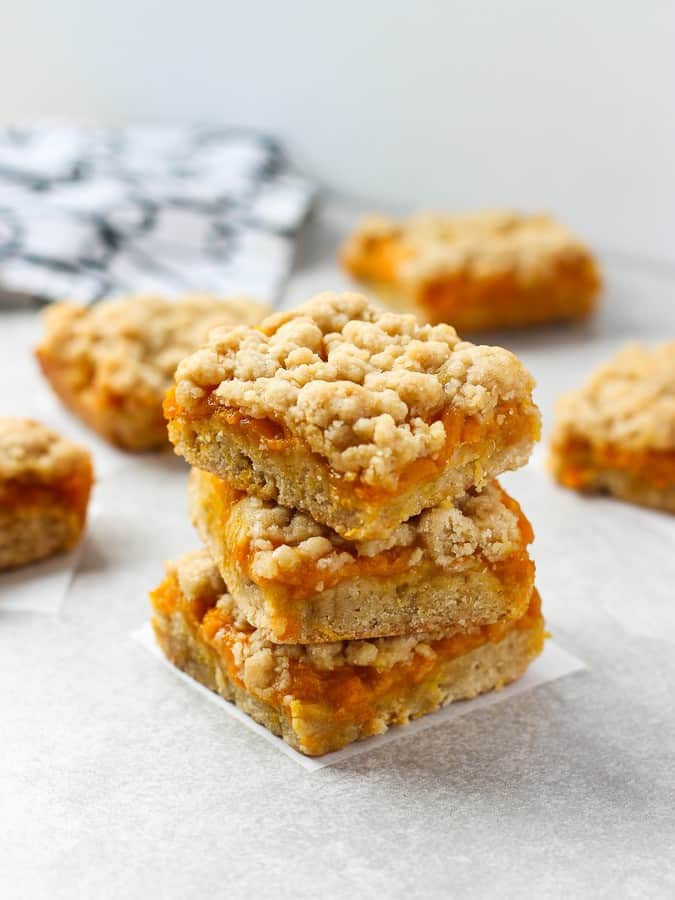 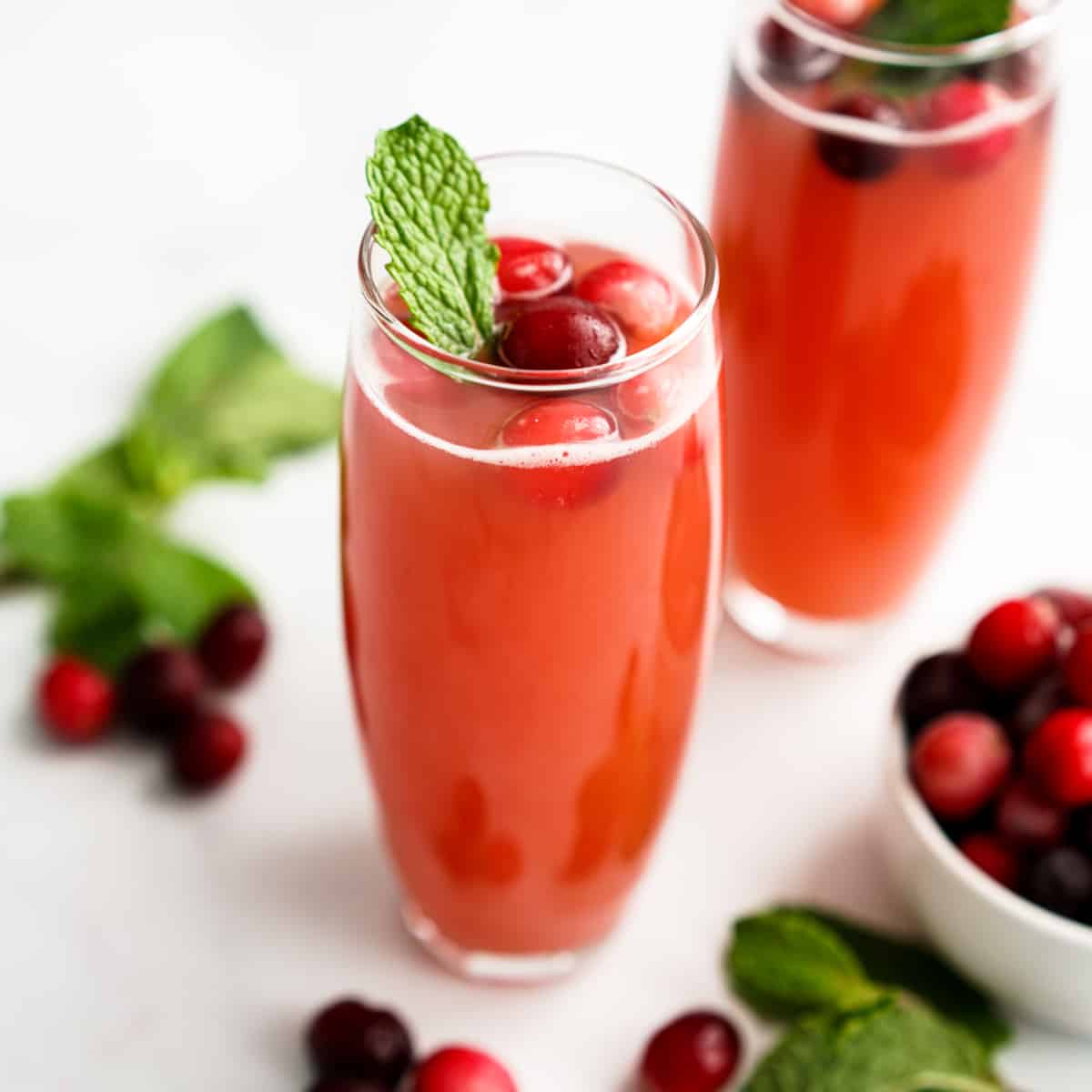 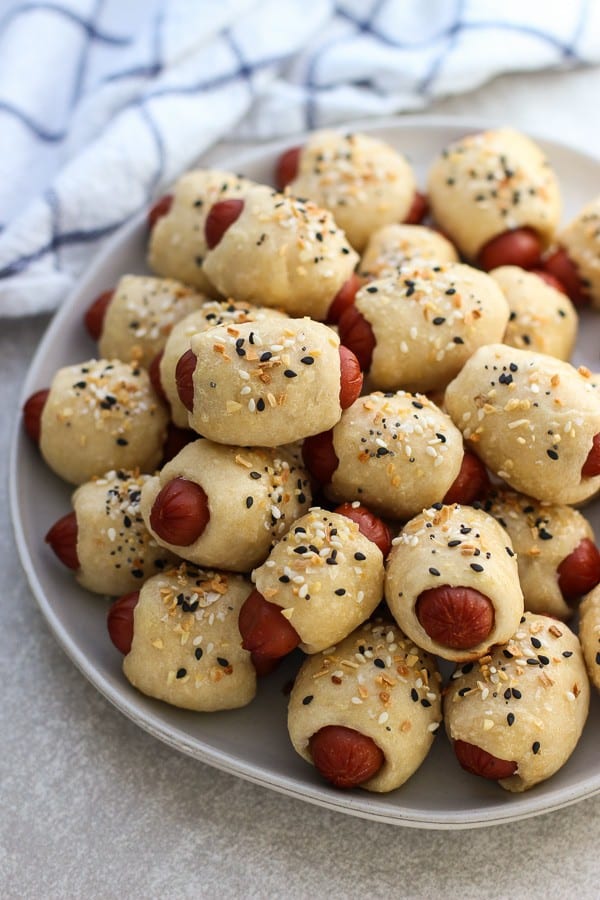 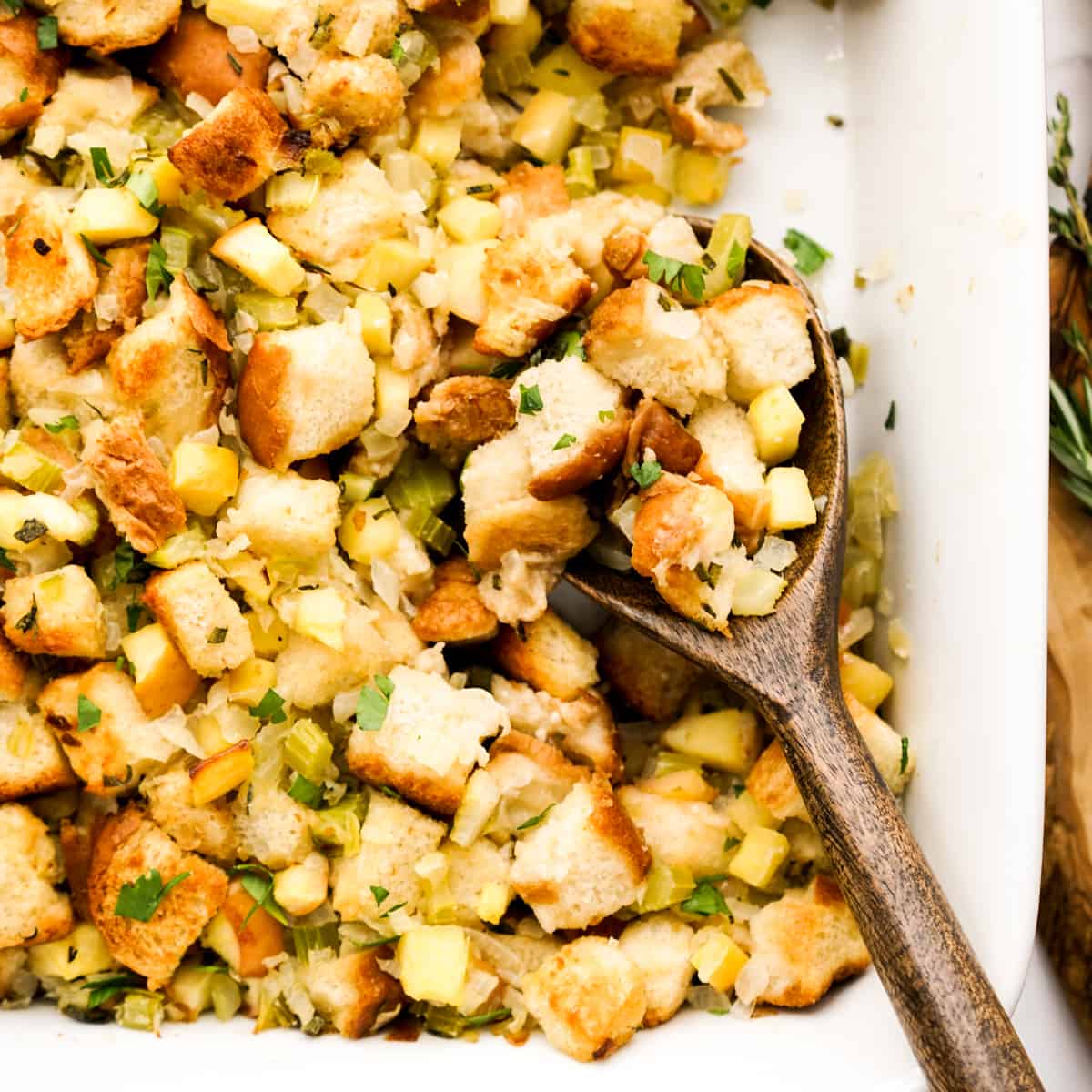 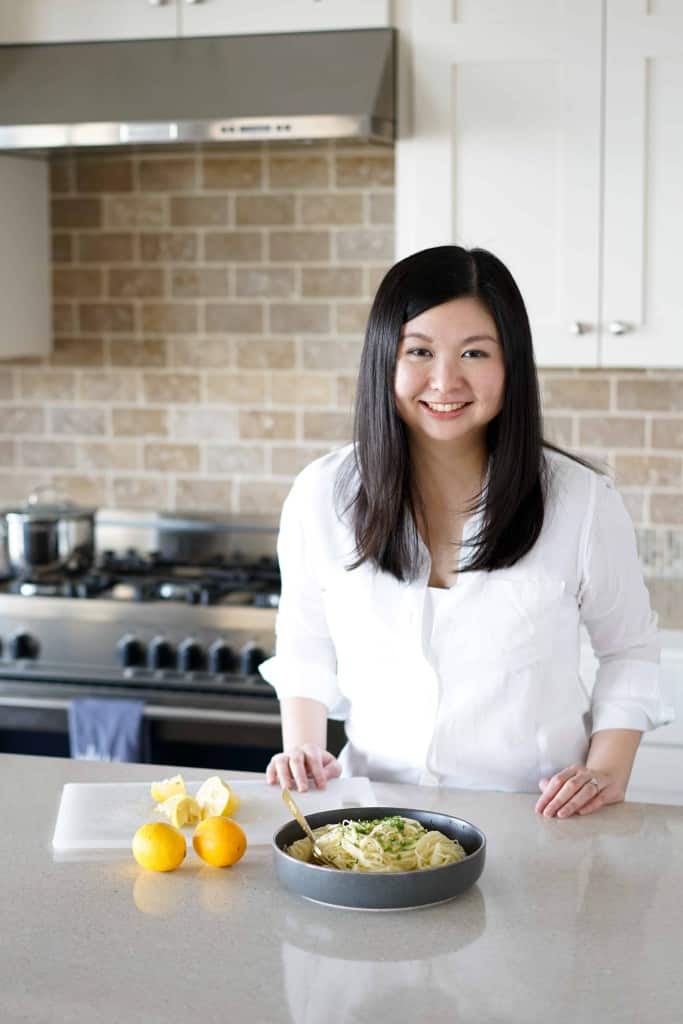 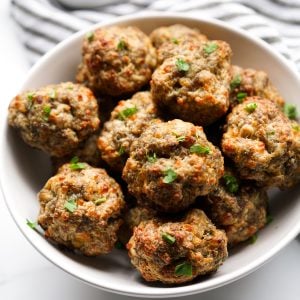 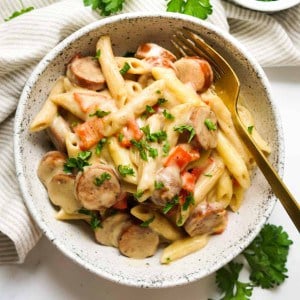